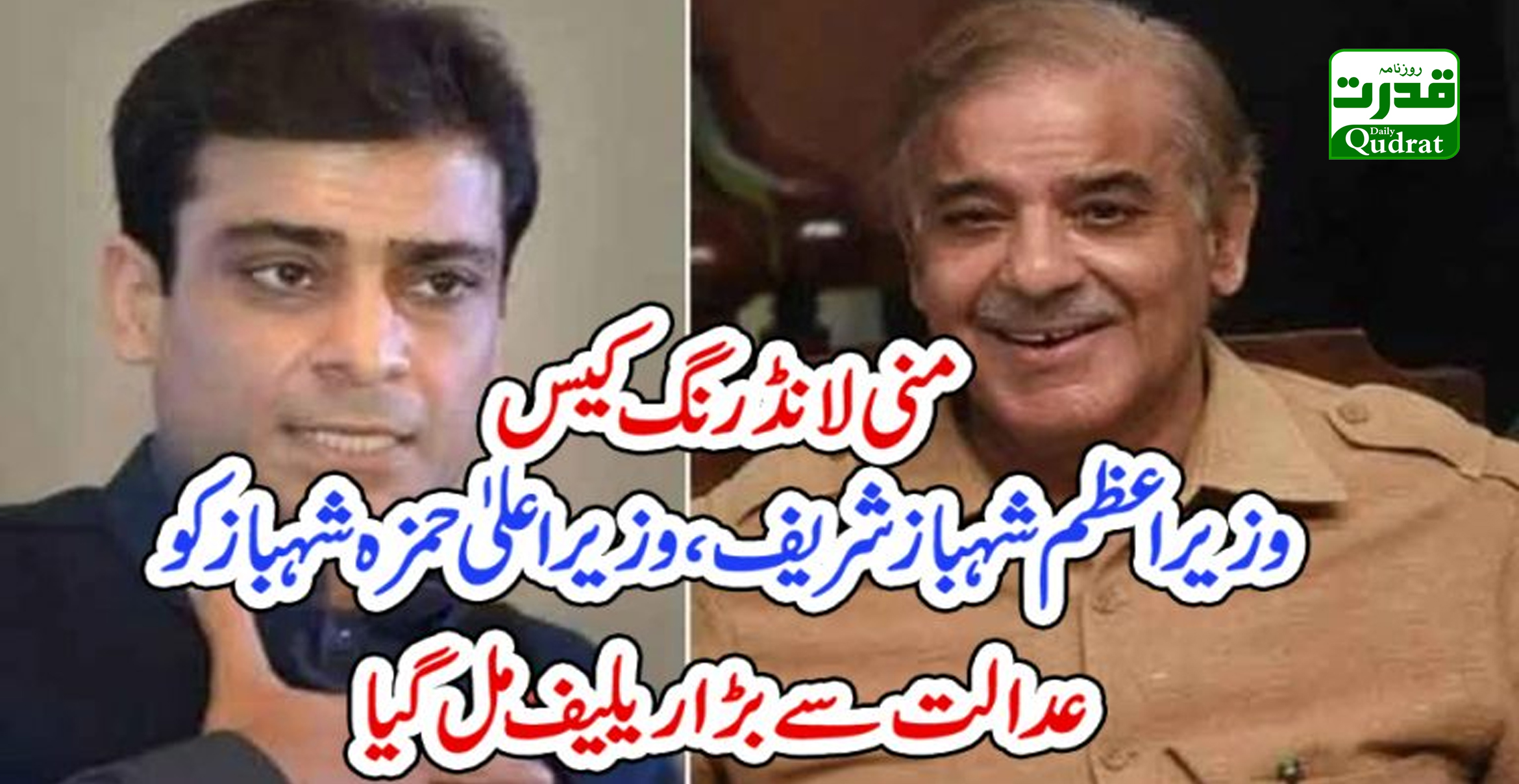 He was allowed to go abroad and Shahbaz Sharif is already going abroad for treatment. Shahbaz Sharif, the patient of the patient, did not even get medical treatment at a considerable cost. Sharif was supposed to return on May 13, but gave time for medical check-up at 12 noon on Saturday, besides the President of the United Arab Emirates. He also has to go to Abu Dhabi to offer condolences on his death. The judge of the special court said that no action can be taken again today. FIA lawyer Farooq Bajwa said that the presence of Shahbaz Sharif on the medical grounds was not a problem for the apology, but for the trial to take place, all must be judicial. The FIA ​​lawyer forgave the court that this is my first appearance in the court on which the judge remarked that my court record is that one day a copy of the challan is provided then the indictment is made. Giving arguments, PM’s counsel Amjad Pervez said that the companies mentioned in the money laundering case are registered with the entire SCP. Shahbaz In Chaudhry was never mentioned that a single rupee was received in the personal account of Aap Sharif, it was recorded that no return was made in the previous government. None of those who have made the statement have been charged with the crime, while the former prime minister has written statements in front of him. Shahbaz Sharif and Hamza Shahbaz were in jail when Guan’s statement was recorded. The court told Remarks that cash boy was mentioned in the FIR, to which Shahbaz Sharif’s lawyer said that Rs 25 billion was mentioned in the FIR. He said that it has been alleged that money laundering of various accounts has taken place. During this period, the Prime Minister used to keep the file of this case in front of the press. Nothing was recorded against Shahbaz Sharif in which the case was part of being proved. There is no truth in the FIA ​​and the challan but they are there. At the request of the previous government, the FA made it baseless and recorded this case. This case was made for political leadership. Shahbaz Sharif’s lawyer claimed that the FI had tried to mislead the court by making the case on malicious grounds. Media trial of Shahbaz Sharif and Hamza Shahbaz was done on you. Shahbaz Sharif has nothing to do with employees and accounts. Masroor Anwar is an employee who used to withdraw cash but under what law was it a crime to withdraw cash from Pakistan? . The lawyer said that the investigation was also carried out in full detail and by targeting the file, if we talk about the peon, we will see the jail again and again on one charge, the request was made in the remarks in the name of the peon. Amjad Pervez further said that Masroor Anwar withdrew the money and told Shahbaz Sharif the name of Dimaqsood Chapdasi and Masroor Anwar in Maryam Nawaz’s documents. Earlier, the FIA ​​had not challenged the FIA ​​in the banking month court on whether an interim challan was submitted when there was a threat that the court would take action. Earlier, no challan was submitted by the bank till seven. He said the FIA ​​did not have any passport identification and that was why they were using stabilization tactics. The show has seemed a bit unfocused in recent episodes, however; The former government had the same objective that Shahbaz Sharif and Hamza Shahbaz appeared in different courts in the same seat and cut the FIR on immorality and political statement. The lawyer further said that Salman Shahbaz used to do business and it was not a crime to do business under any law of Pakistan. On which the court said that the lawyer has replied to the advice given by Salman who declared Salman but he did not declare it to the court. The lawyer argued that the anonymous Internet had come under the purview of any so-called transaction act in 2017, prior to the offense under Pakistani law, that anonymous transaction was not a crime. Asked if a clerk trades? He explains how to open a sugar business, the clerk opens a private business, what it means to open a sugar business. Sugarcane traders also say while opening accounts that it is not a crime, they are talking about AFIA accounts. Shahbaz Vakil while talking to the court said that if you talk about accounts then this case does not fall under the jurisdiction of FIA. The court adjourned the proceedings against Shahbaz Sharif and Nawaz Sharif and others, forcing Shahbaz Sharif’s lawyer to have a full discussion on the matter. Meanwhile, the IA counsel sought respite from the court for the preparation of case F, on which the court inquired from the counsel for F that the investigation of the case was being completed. “I do not have complete information about the facts of the case,” the FIA ​​lawyer said in a statement. The court granted Shahbaz Sharif’s apology for his presence and extended the special interim bail of the Prime Minister and his son Hamza Shahbaz till May 21. In addition, the request for exemption from attendance in the Ashiana housing case of Prime Minister Shahbaz Sharif was also accepted and adjourned till May 21.