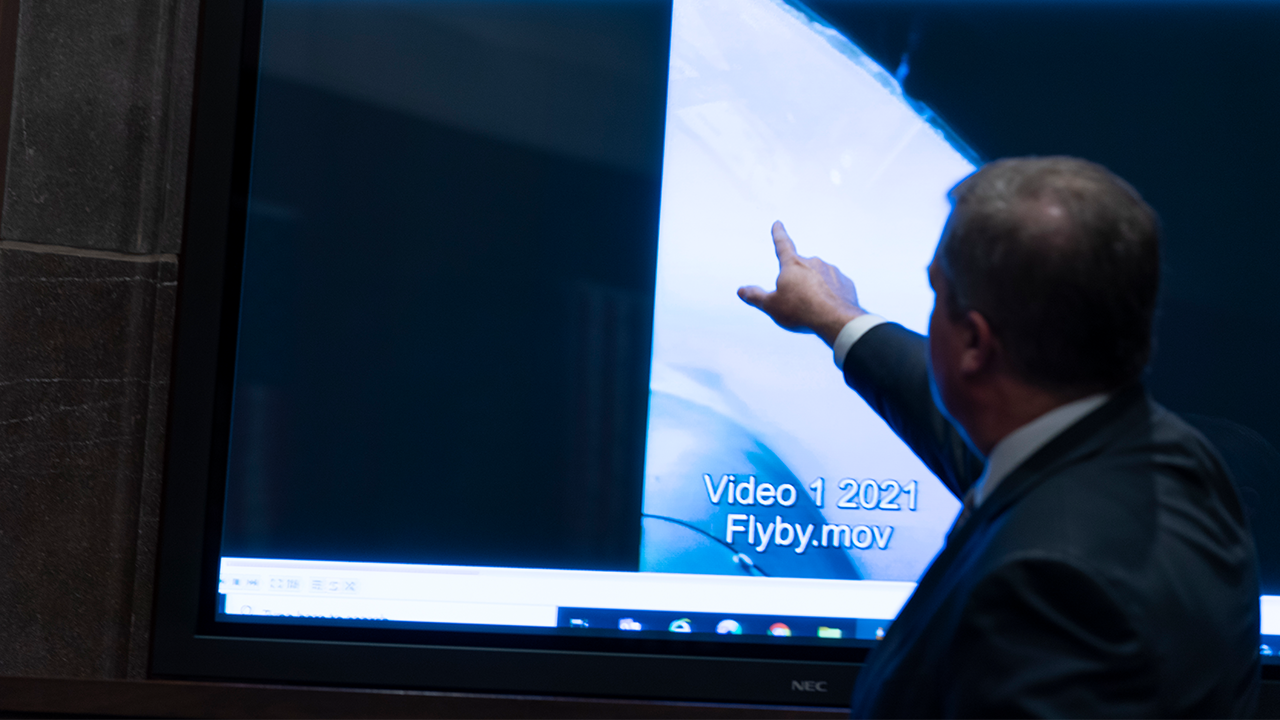 It was a close encounter of the congressional kind.

The House Intelligence Committee went where no committee had gone before Tuesday – or at least, not in the past 55 years. The panel conducted a hearing on UFOs.

This is apparently part of the vernacular now. UAPs are “Unidentified Aerial Phenomena. “UFOs? Well, that’s it so “Project Blue Book.” You may as well wipe the Eisenhower administration-era dust off “UFO” before using that acronym.

UFOs used to be a big deal on Capitol Hill.

Aliens paralyzed Washington, DC, with death rays in the 1956 pulp classic “Earth vs. the Flying Saucers.” Pictures and video from the film still pop up online from this campy flick. It features the classic, frisbee-like discs hovering over the Lincoln Memorial and Capitol Hill. One saucer lodges itself into the Capitol Dome.

In 1966, future President and then-House Minority Leader Gerald Ford, R-Mich., Called for a special congressional inquiry into UFOs after a spate of sightings in southern Michigan. Ford wrote to the chairs of the House Armed Services and Science Committees urging an investigation.

Northwestern University astrophysicist J. Allen Hynek described the sightings in southern Michigan as “swamp gas.” Ford called Hynek “flippant.” The congressman then declared that his office “received a number of telegrams and letters from individuals anxious to see a congressional investigation of UFO’s.”

The House Science Committee took up the issue in 1968. The aforementioned Dr. Hynek – whom Ford castigated – appeared as one of the witnesses.

Hynek told lawmakers that science is based on calculations, laws and principles.

“The UFO phenomenon does not fit into that world. It seems to flaunt itself before our present-day science,” testified Hynek. “The subject has engendered an inordinate emotional reaction in certain quarters.”

DEFENSE DEPT HIDING UFO INFO, CONGRESSMAN SAYS: ‘THERE’S SOMETHING ELSE OUT THERE’

Hynek suggested that some reports of UFO’s “defy explanation in conventional scientific terms.” He added that some anecdotal stories about UFO’s were, well, out of this world.

“We cannot expect the world of science to take seriously the fare offered at airport newsstands and paperback shelves,” claimed Hynek.

The Air Force terminated Project Blue Book in 1969. And Congress didn’t officially broach the subject again until this week. As far as most lawmakers were concerned, UFOs were from a long time ago and a galaxy far, far away.

Hyneck’s unofficial role with the Air Force was that of UFO “debunker.” To read some of his earlier statements about UFO’s, one could conclude that Hynek wouldn’t even spare a dime for ET to phone home. But over time, Hynek began questioning some of Project Blue Book’s conclusions.

Congress didn’t take much interest in UFOs for a while. But the First International UFO Congress sure did. Hynek developed the “close encounter” scale of interactions humans may have with UFOs. He also appeared in Steven Spielberg’s “Close Encounters of the Third Kind” and served as a consultant to the movie.

In fact, movies like “Close Encounters,” “Star Wars” and “Independence Day” and TV shows like “Star Trek,” “Battlestar Galactica” and “The X Files” helped foster the “UFO / life on other planets” narrative in the national psyche. The 1970s show “In Search Of” (hosted by Leonard Nimoy of “Star Trek” fame) bolstered suspicions people harbored about UFO’s, Big Foot, the Loch Ness Monster and other mysterious phenomena.

This is why jokes abounded around the Capitol about if the UAPs in question were X-wing Fighters, TIE Fighters or even Klingon Birds-of-Prey.

Perhaps that’s the problem with spotting these UAPs. They have cloaking devices! No wonder we can’t figure this stuff out.

Under Secretary of Defense Ronald Moultrie was one of the witnesses at this week’s Intelligence Committee hearing. In a lighthearted moment, Moultrie described himself as “a science fiction fan” and conceded he had even attended “conventions.”

Deputy Director of Naval Intelligence Scott Bray points to a video display of a UAP during a hearing of the House Intelligence, Counterterrorism, Counterintelligence, and Counterproliferation Subcommittee hearing on “Unidentified Aerial Phenomena”
(AP Photo / Alex Brandon)

“I’ll say it on the record. But there’s nothing wrong with that. [I] don’t necessarily dress up, “testified Moultrie.

But whether Moultrie dresses as Bib Fortuna or the Mandalorian at Awesome Con makes no difference. Moultrie’s knowledge of the Force hasn’t given him clairvoyance enough to explain some of the UAP puzzles.

Moultrie and his colleague, Deputy Director of Naval Intelligence Scott Bray, played two declassified videos at the hearing. One showed a series of green, floating triangles. It was a scene which looked eerily like a fleet of Imperial Star Destroyers hovering above Exegol in “The Rise of Skywalker.” Turns out, those weren’t floating triangles at all (or, Imperial Star Destroyers). They were commercial drones which appeared green and triangular thanks to the military’s recording equipment and night vision goggles. But it took the military years to determine the triangles were drones and not something else.

See, the “little green men” may not even be green at all. Little? Yes. Men? Yes. Green? Probably just the night vision goggles.

The committee viewed another declassified video showing a round object that sped away at an absurd rate of speed.

“This is one of the phenomena that we can’t explain?” asked House Intelligence Committee Chairman Adam SchiffD-Calif.

“I do not have an explanation for what this specific object is,” replied Bray.

That UAP remains, well, a UAP. It may also be only the second vessel to make the Kessel Run in less than 12 parsecs.

Various polls (mostly unreliable) have materialized over the years claiming a certain percentage of the population either believes or has observed a UFO. A Gallup poll from last year says 41% of all Americans think UFO’s are alien spacecraft. Rep. Andre Carson, D-Ind., Led Tuesday’s hearing. So I asked him, “What’s the strangest thing you’ve seen?”

“Well, the strangest thing I’ve probably seen has been stuff that has taken place in the last couple of years in the House chambers,” said Carson with a chortle.

“The truth is out there” was the refrain for years on “The X Files.”

Tuesday’s hearing didn’t quite get all the way to the “truth” to satisfy everyone. But it did get UFOs and UAPs back on the agenda on Capitol Hill. 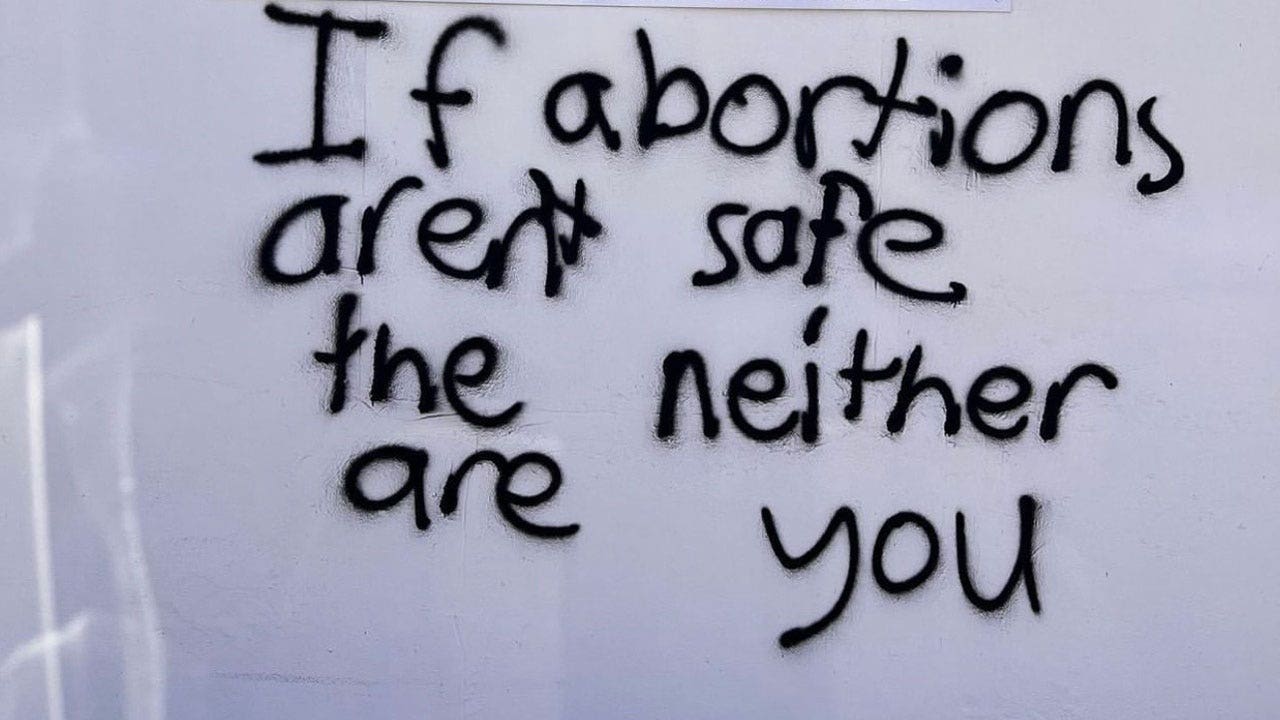 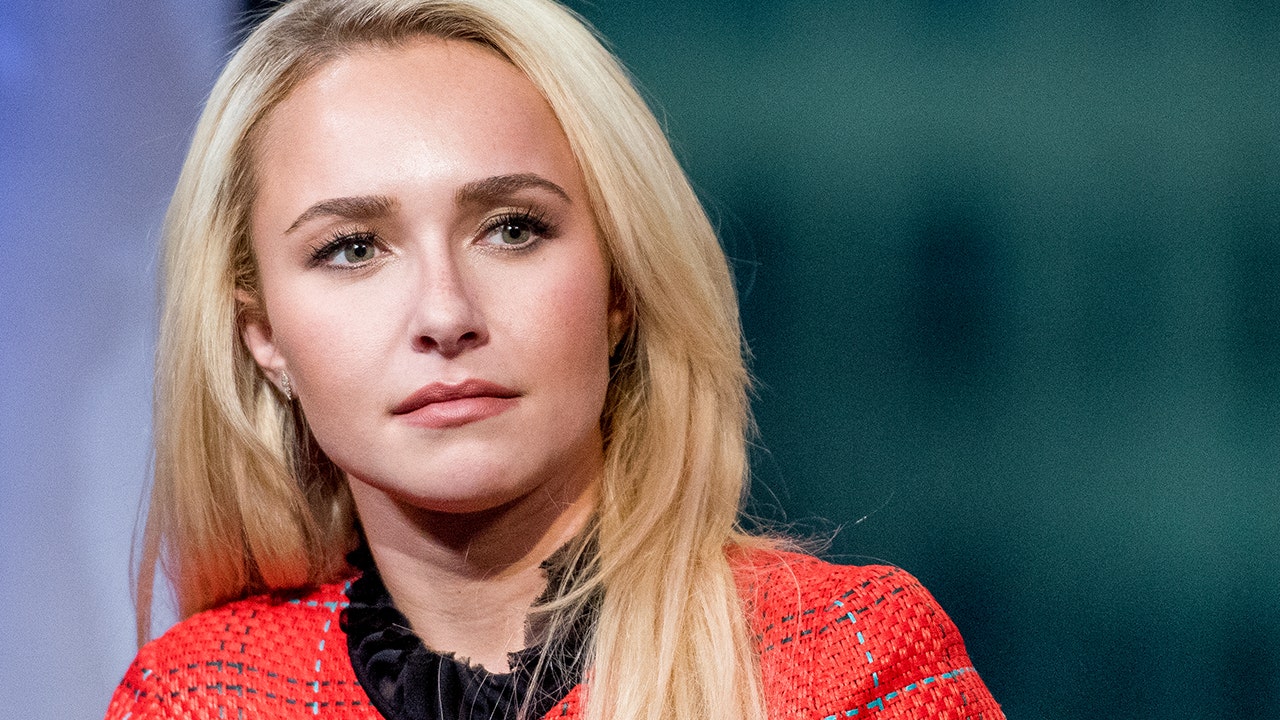 Hayden Panettiere opens up about past secret addiction to opioids, alcohol: ‘I hit rock bottom’